Rabbi Uri Lupolianski, founder and chairman of Yad Sarah and former mayor of Jerusalem, is the recipient of the Israel Prize (1994) for his special contribution to society and the State of Israel

He was born in Haifa in 1951 to R’ Yaakov and Malka, who later helped him establish Yad Sarah.

After Uri’s marriage to his wife, who was born Michal Schneller in Tel Aviv, they moved to Safed as part of the government program for settling the Galilee, where he studied education and law.

He was ordained on the recommendation of Rabbi Yissachar Meir z”l, by Rabbi Yitzchak Yedidah Frenkel z” l, Chief Rabbi of Tel Aviv/ Jaffa, and by Rabbi Salman Hugi Abudi, of the Jerusalem Rabbinical Court.

Lupolianski served as a medic in the army, taught, and studied public administration.

From an early age, Uri Lupolianski dedicated himself to the betterment of Israeli society. Working in the fields of education and welfare, he worked to establish schools for children and youth in the periphery, headed the initiative to absorb new immigrants from Georgia in central Russia, and after helping to establish border settlements, gave needed support to the settlers.

In the winter of 1973, he married his wife, Michal, and moved to Safed. In Safed, the couple worked in a variety of educational and welfare positions. After their move to Jerusalem two years later, the couple learned of the detrimental effect of the city’s dry, cold climate on asthma patients. This led them to open a free lending center in their home for inhalation devices. And that is how Yad Sarah began.

The center expanded slowly to include other equipment to meet the needs of the residents of the neighborhood. When Lupolianski’s father, Yaakov, sold his shoe shop and retired, he contributed to the expansion of the lending center. The money was used to find a suitable building for the center, which was now to be located in what used to be the Binyamin hostel of the Russian Church on Hanevi’im Street, near the Bikur Holim Hospital.

In 1976, the new center was named Yad Sarah, in memory of Sarah Lupolianski, the grandmother of Uri Lupolianski who had perished in the Holocaust, and in a short period of time enough volunteers were found to run the day-to-day operation of the center, which charged only a nominal and refundable deposit for the borrowing of equipment.

Uri Lupolianski did not rest on his laurels, and after developing the medical equipment lending department and expanding it to dozens of branches throughout the country, he worked to develop further medical and rehabilitation services. He initiated the emergency call center, which was the first to offer a home emergency response alarm system. At the same time, he also developed a fleet of vehicles, which integrated both an elevator for lifting wheelchairs and a wheelchair locking device, which allows people in wheelchairs to be transported safely. Over the years, many more departments and help centers have been added, all according to the needs that Lupolianski identifies among the population.

In 1977, the first branch of Yad Sarah opened outside of Jerusalem – in Haifa. In 1983, Israel Railways donated a train car to Yad Sarah, which did not fit the width of the tracks in Israel. The car stood for a long time in the center of Jerusalem and became a symbol of the organization. In 2005, Yad Sarah was recognized as an advisory body to the United Nations Economic and Social Council, the highest status a non-governmental organization can reach on a global level. This was the first time that an Israeli or Jewish body had ever received such a status.

To date, Yad Sarah is the largest and leading volunteer organization in Israel.

Today, the organization has 7,000 adult and young volunteers from all sectors of society in 110 branches scattered throughout Israel, providing assistance to approximately 1,500,000 people from around the country.

The association is mainly engaged in lending medical equipment and equipment, which is defined as “assistive technology.” Other projects of the association assist people with disabilities in other ways, such as vocational training and mobile dental clinics.

Rabbi Uri Lupolianski has received many awards and honors for his work, including:

The President’s Award for Volunteerism (1982)

The Speaker of the Knesset Prize for Quality of Life (1988)

The Kaplan Prize for Savings and Efficiency (1990)

Since the founding of Yad Sarah, Uri Lupolianski has headed the organization on a voluntary basis for more than 40 years.

At the request of Rabbi Shach and Rabbi Elyashiv of blessed memory, Uri Lupolianski was appointed to lead the ultra-orthodox representatives in the Jerusalem Municipality, and was asked by Mayor Teddy Kollek to develop and expand the municipal welfare services to, in his words, “act like Yad Sarah.” Indeed, this led to a revolution in family and community services for Jerusalem residents.

Later he headed the Local Planning and Building Committee, during which time Jerusalem experienced the largest planning boom in its history. New neighborhoods were established and the old neighborhoods were rebuilt. The population of Jerusalem doubled and the services for residents were expanded to keep up with this unprecedented growth. For his work, Lupolianski received a special award from the interior minister.

In 2003 Rabbi Lupolianski was elected mayor of Jerusalem, supported by all sectors of the population – ultra-Orthodox, secular, Jews and Arabs. During his administration, all parties were united in promoting the best interests of the city. 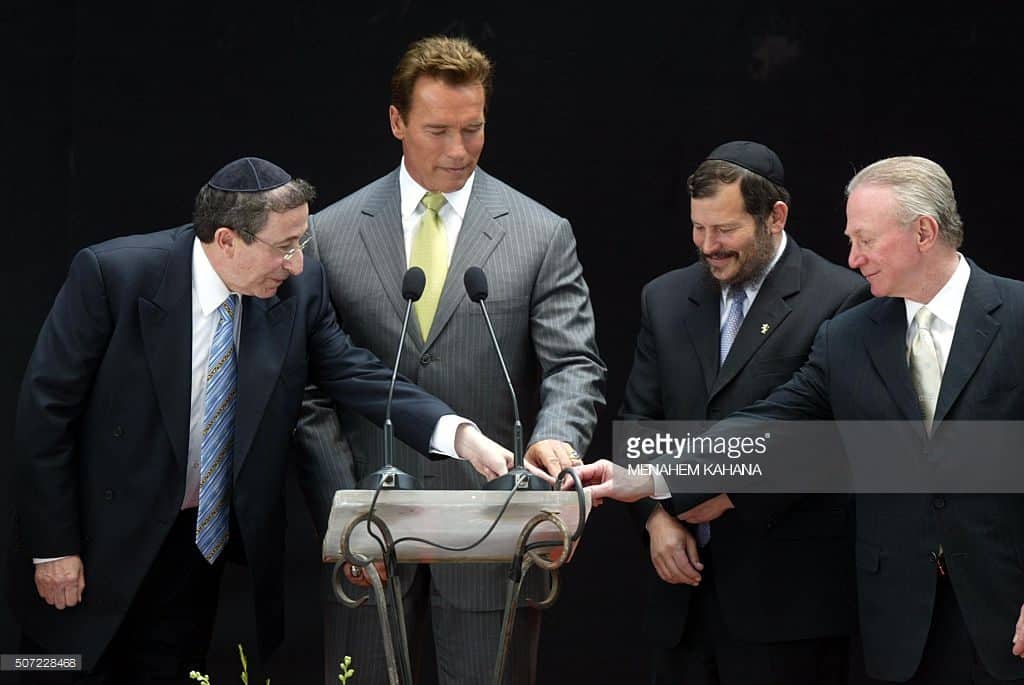 At the end of Uri’s term, the global economic crisis was at its peak. Banks collapsed and venture capitalists were in trouble. Many philanthropic organizations were forced to close their doors and the Yad Sarah administration called on its founder to once again take on the organization’s leadership in order to see it through the difficult period.

In the years to come, Yad Sarah copied the successful economic model that Lupolianski had successfully introduced in the Jerusalem Municipality. The organization experienced an unprecedented organizational transformation, in which Yad Sarah introduced more and varied services than ever before. At the same time, organizational spending was drastically reduced and Yad Sarah managed to survive the global crisis intact.

With the collapse of the Soviet Union and the severe economic collapse in Eastern European countries, Rabbi Lupolianski – with the help of the Joint Distribution Committee – founded a network of medical and paramedical centers within existing Jewish communities. In order to allocate Yad Sarah’s donations exclusively to activities within Israel, he separated completely the activities in the Jewish communities abroad from regular activities in Israel.

After more than 40 years, Rabbi Uri Lupolianski continues to work to enlist Yad Sarah volunteers in innovative projects for the benefit of all Israelis.

Among other things, he recently initiated two rehabilitation projects – the Home Hospital Project, in which recuperating patients will soon be able to be treated at home with medical supervision from Yad Sarah and the Rehabilitation Center, a luxurious rehabilitation hotel where patients who have suffered a stroke or other debilitating illness or injury, can receive professional and comprehensive rehabilitation treatment under one roof, in tranquil and comfortable surroundings.

Uri Lupolianski continues to work diligently and passionately toward his longtime goal, to improve the quality of life of every citizen in Israel.